You may be a married, de facto or same sex couple – it makes no difference.  All are treated equally under the Family Law Act and anyone who is a resident of Australia can make a financial agreement.

Let’s say you are planning on living with your partner.  You can make an agreement before moving in together, that sets out a plan of what should happen if things don’t work out.  Similarly, you can make the same type of agreement before getting married – this is known as a prenuptial agreement (a term you may recognise) but under the Australian legislation, it is a financial agreement.

You may be in a marriage or a de facto relationship where financial issues cause one or both of the partners to feel insecure.  Often this insecurity can be a constant source of arguments because of a perceived threat to the family home, an inheritance, a business or any number of other things.

In this instance, a financial agreement can be used to put an end to the arguments by providing certainty that assets are protected or quarantined from future claim.  If you are in a de facto relationship, the common name for this type of agreement would be a cohabitation agreement.

If you are married, the common name would be a post nuptial agreement, meaning an agreement made after the wedding.  However, the proper name is still a financial agreement.

After the relationship has ended

It’s a fact of life that marriages fail.  For this writer, the statistics are worrying.  Thirty five per cent of first marriages fail within 12 years and the rates of failure for second marriages increase dramatically.  There is no evidence to suggest de facto relationships are any different.

If you are unfortunate enough to be dismantling a marriage or de facto relationship, a financial agreement can draw a line in the sand and provide some finality to your financial relationship.

Questions around how to divide or deal with the family home, superannuation, investments or debts can be put to rest, allowing you keep the items you have agreed to keep and prohibiting the other party from making further claim.

You can make your agreement whether you are separated, divorced or exiting a de facto relationship.

These types of agreements are often referred to as separation or divorce agreements but they are all types of financial agreements.

The types of agreements refer to different sections of the legislation

To make it easier for you to pick the right agreement, we’ve provided the “Choose your Agreement” pages which lead you directly to the correct document kit.  We’ll guide you with simple explanations and make sure you get the exact document to suit your circumstances.

The short answer is:  yes, they are the same document.

When binding financial agreements were first introduced back in 2000, they were referred to in the Act as “Binding Financial Agreements” but they were only available to married couples.  For reasons only known to those who drafted the legislation, the word “binding” was dropped and since 2008 they have simply been known as “Financial Agreements”.

Go to other FAQs. 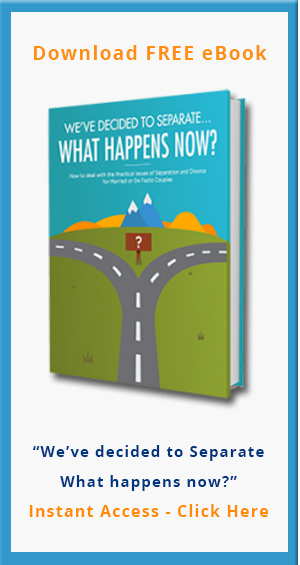